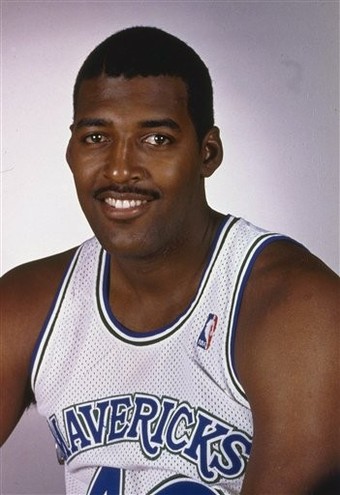 In this 1987 file photo, shows Roy Tarpley of the Dallas Mavericks. Tarpley, 44, settled a federal lawsuit against the NBA and the Dallas Mavericks in which he claimed the league and the team violated the Americans with Disabilities Act by refusing to reinstate him after a ban for drug use. The lawsuit was settled on Jan. 22, 2009 according to a filing signed by U.S. District Judge Kenneth Hoyt. Terms of the settlement could not be immediately determined. (AP Photo) ** NO SALES **