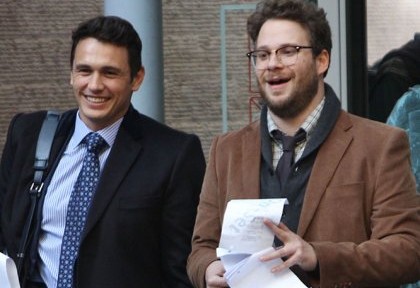 Seth Rogen and James Franco had a full calendar of events planned to promote their new movie,“The Interview,” but every last one has now been canceled.

ALL upcoming media appearances have been nixed over the latest threats made against theaters showing the movie. 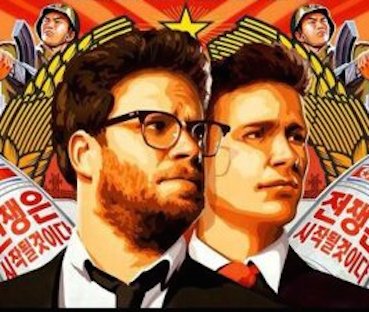 The duo has withdrawn from previously scheduled press appearances, including Rogen’s Thursday appearance on “Late Night with Seth Meyers” and a chat with Buzzfeed Brews, leading up to “The Interview’s” Christmas Day release. According to insiders, Rogen and Franco are still scheduled to appear at Thursday’s New York special screening of “The Interview.” The two were at the Los Angeles premiere last week, but didn’t do press interviews. h/t variety

Rogen had previously booked an appearance on “Late Night with Seth Meyers” for Thursday. They were scheduled to appear on Buzzfeed Brews in New York to speak about the movie on Tuesday, but have since withdrawn.