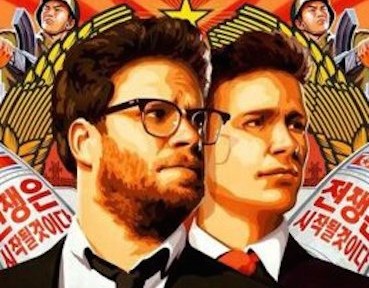 North Korean Foreign Ministry says upcoming Seth Rogen and James Franco comedy, The Interview, which involves a plot to assassinate Kim Jong-un, “will invite a strong and merciless countermeasure,” a.k.a. an act of war.

The country has condemned the the film will constitute an act of terrorism and saying it will retaliate if the film is released.

“If the U.S. administration connives at and patronizes the screening of the film, it will invite a strong and merciless countermeasure,” a spokesman for North Korea’sForeign Ministry said on Wednesday. source

The spokesman called the film “the most undisguised terrorism and a war action” and indicated that having a “rogue” filmmaker hurt the dignity of Kim Jong-un was a reckless move on the part of the U.S.

Franco’s rep has yet to respond to The Hollywood Reporter’s request for comment.