You Won’t Believe How This SF Eatery Tenderises Its MEAT 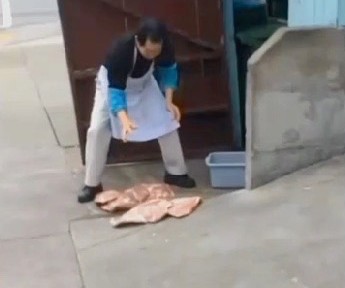 A video going around on social media shows a cook at the Lucky River, a Chinese restaurant in the San Francisco’s Sunnyside, throwing slabs of meat, destine for customer’s plates, on the dirty sidewalk.

Local news located the exact portion of the sidewalk depicted in the video and found it covered in blackened gum, cigarette butts, and foot-tracked bacteria of all gut-twisting varieties. 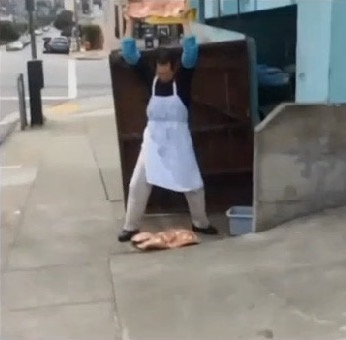 As to why anyone would be pounding the sidewalk with frozen slabs of meat, an inspector from the San Francisco Health Department paid a visit to Lucky River and said the worker was trying to defrost the meat. “It’s highly unsanitary, I don’t know how they’re gonna clean the meat off after that.

The owner of the restaurant told KPIX it was an isolated incident and that the meat was discarded and the cook has since been fired.