At around 11:00 a.m. most all of Detroit’s municipal grid went offline, killing power to everything from traffic lights to fire stations. 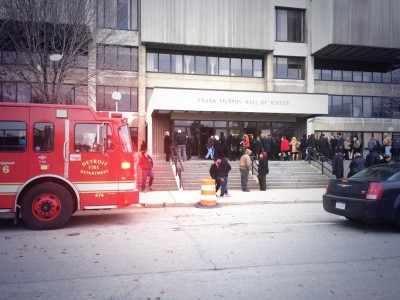 Municipal buildings were being evacuated, WXYZ Radio anchor Alicia Smith tweeted early Tuesday, although eyewitnesses on the ground told her shortly after 11 a.m. that people were reportedly becoming stuck in elevators. h/t threepercenternation

The city of Detroit confirmed that most of the municipal power grid was down. Residential structures are apparently unaffected.