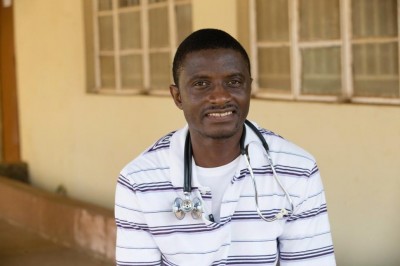 Salia landed Saturday in Omaha. He was the 10th patient to be treated on American soil and the third at Nebraska Medical Center. Hospital officials had said that he was perhaps sicker than any other patient flown to the United States from West Africa.

“It is with an extremely heavy heart that we share this news,” said Dr. Phil Smith, medical director of the hospital’s biocontainment unit. “Dr. Salia was extremely critical when he arrived here, and unfortunately, despite our best efforts, we weren’t able to save him.” h/t nbcnews