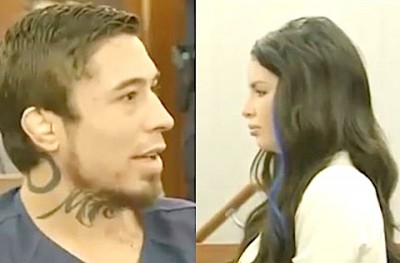 Las Vegas court was the setting Friday for a preliminary hearing on charges of attempted murder, assault, battery, open and gross lewdness and strangulation of former girlfriend Christy Mack. At one point during the hearing, the MMA fighter was scolded by the judge for laughing during Mack’s testimony. h/t uproxx