CROWD WALKS OUT ON O

(REUTERS) — President Barack Obama made a rare appearance on the campaign trail on Sunday with a rally to support the Democratic candidate for governor in Maryland, but early departures of crowd members while he spoke underscored his continuing unpopularity.

With approval levels hovering around record lows, Obama has spent most of his campaign-related efforts this year raising money for struggling Democrats, who risk losing control of the U.S. Senate in the Nov. 4 midterm election. 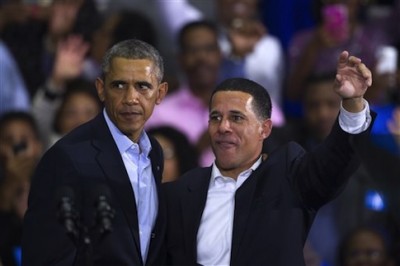 Most candidates from his party have been wary of appearing with him during their election races because of his sagging popularity.