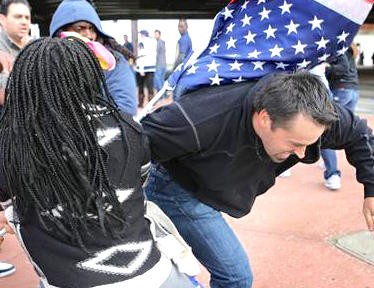 Dozens of imported protesters and Rams fans began to argue which lead to several physical confrontations. 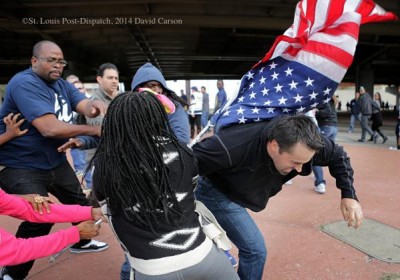 A St. Louis Post-Dispatch reporter, David Carson, witnessed the incident. The newspaper reports that a fan appeared to spit on one of the protesters. The fan was then struck on the head and a fight broke out. A protester carrying an upside down American flag used the pole to jab fans.
h/t fox2now

Police arrested two protesters, one being a juvenile, for assault.