The caption from Breaking Bad action figures available in-store and on the Toys”R”Us website says it all, 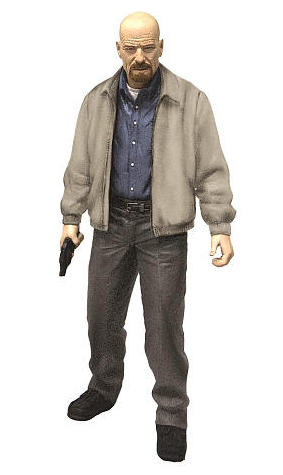 This unforgettable variant edition figure features Walter as his alter ego of Heisenberg. He comes complete with removable hat, removable glasses, a sack of cash, and a bag of blue crystals.

Relive the tense, edge of your seat excitement as Mezco’s Breaking Bad action figure stares at you from inside his collector friendly clamshell package, he dares you to make your move.

All Hail The King!

Rumor is parents plan a boycott of the popular children’s toy store chain which may in-turn earn them the not-so-popular, #BannedForLife hashtag.. Developing..