Stiviano was spotted at Sterling’s Beverly Hills mansion today, by of all people, Shelly Sterling, who showed up and promptly called BHPD in an effort to have Stiviano removed, but because it was a voluntary reunion, she was allowed to stay, Shelly, not so much. 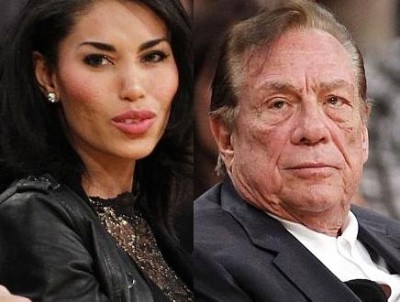 Police officers responded … and spoke to Donald and Stiviano. One source tells us V. was an “invited” guest, so … no break-in, and no arrests. Shelly has beef with V. … She sued the alleged mistress, claiming she embezzled $1.8 mil from Donald … and Shelly says half of that was hers. Shelly claims V. swindled an old man who wasn’t with it. source

V. wasn’t scared off as she stayed with Donald after Shelly and the cops departed.