Judge Admonishes Donald Sterling After He Calls Wife A PIG

Donald Sterling appearing in front of a judge, his estranged wife, Shelly and her team of lawyers, vowed to never sell the Los Angeles Clippers threatening a lifetime of lawsuits in exchange.

Sterling then unloaded on his wife. 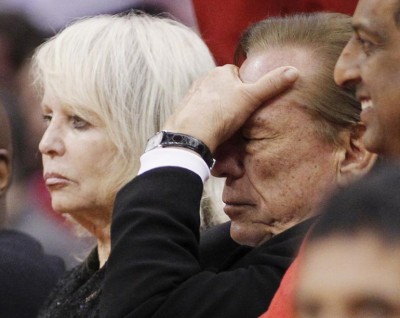 “Make no mistake today,” Sterling shouted toward the end of his second day of testimony in the trial to determine his wife’s right to make a $2 billion deal to sell the Clippers, “I will never, ever sell this team and until I die I will be suing the NBA for this terrible violation under antitrust.” He was followed to the stand by wife Shelly, who tried to approach him in the front row of the courtroom after she was done for the day. source

“Get away from me, you pig!” Sterling shouted.

The judge then admonished him to make no further comments.