Donald Sterling’s estranged wife Shelly is speaking out in the press expressing that she does NOT share the racist views of her husband. She goes on to say that Donald’s comments were, despicable and prejudices. 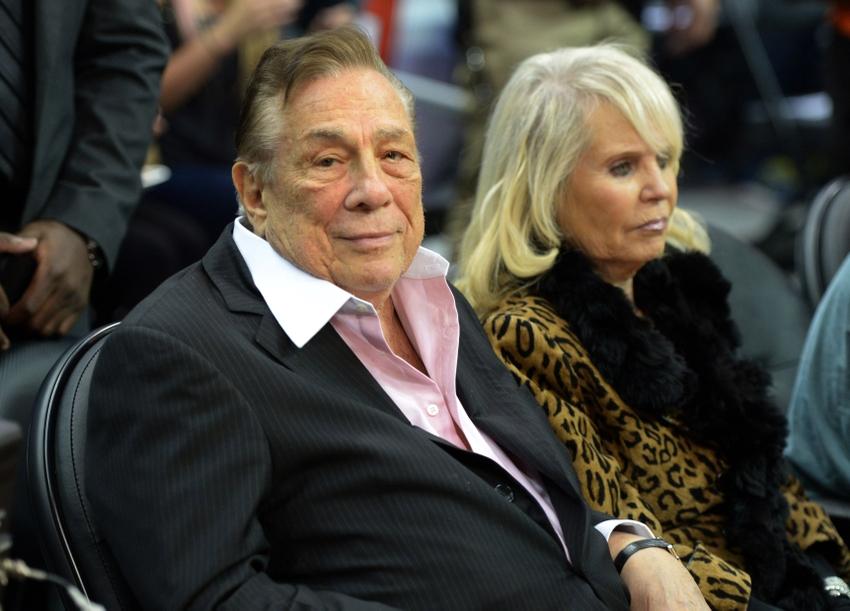 Shelly has been estranged from Donald for years.  She’s retained attorney Laura Wasser several months ago to file a civil lawsuit against Donald’s GF V. Stiviano.  Wasser is a top divorce lawyer, so it seems divorce is imminent.

“Our family is devastated by the racist comments made by my estranged husband.  My children and I do not share these despicable views or prejudices.”Shelly goes on … We will not let one man’s small-mindedness poison the spirit of the fans and accomplishments of the team in the city we love.”And Shelly says, “We are doing everything in our power to stand by and support our Clippers team.” source

Shelly was at Sunday’s playoff game and is flying back with the team tonight.  Donald, on the other hand, was persona non grata at the game.We’re told the last straw in the marriage was when Donald and Shelly’s adult son died of an overdose more than a year ago, and Shelly felt he was more interested in Stiviano than grieving with the family.