A Los Angeles judge has ruled that Donald Sterling‘s ex, V. Stiviano, must return $2.6 million in gifts to Shelly Sterling.

Shelly Sterling was awarded almost all of the nearly $3 million she had sought. 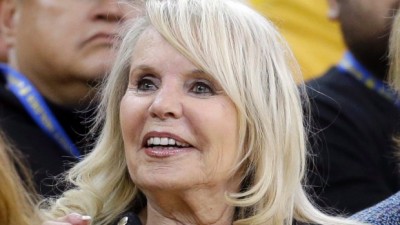 Sterling had claimed that money used to buy V. Stiviano a house, luxury cars and stocks was her community property. Stiviano’s lawyer had argued the gifts were made when Donald and Shelly Sterling were separated and that Shelly Sterling couldn’t seek them from a third party. The ruling comes nearly a year after Stiviano’s recording of Donald Sterling making racially offensive remarks bounced him from the NBA and cost him team ownership. h/t abc7

Shelly Sterling’s lawyers used other recordings to show he bought Stiviano a house, a Ferrari and other things.