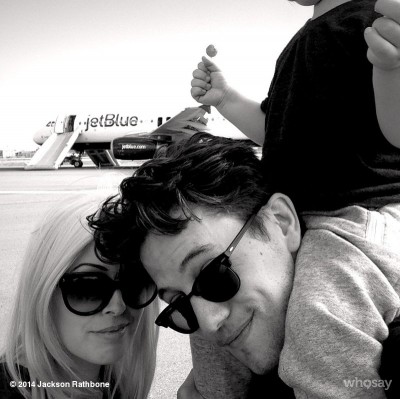 “We were on @jetblue flight 1416 to Austin from Long Beach. Our right engine exploded and our cabin filled with smoke,” he tweeted. “The oxygen masks did not deploy, but the brave stewardesses came around and manually deployed them. It was rough, the plane was rocking…” source

Jackson continued, “I recited the Lord’s Prayer as I held my son and my wife in my arms. The pilot came on the PA and let us know we lost the right engine. We were told to brace as we careened sharply back towards land. Guided by our pilot, and I believe our guardian angels, we landed safely.”