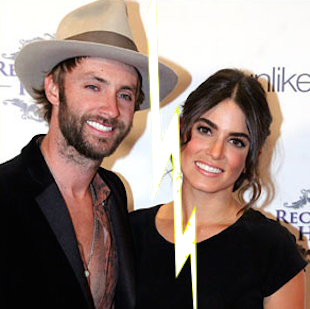 “After much consideration, Nikki Reed and former American Idol contestant, Paul McDonald are ending their marriage. They have been living separately for the past six months due to work obligations,” a rep for the 25-year-old actress said in a statement.

“They will continue to share their love of music, and are still working on their debut album, I’m Not Falling, releasing in 2014. They remain best friends and look forward to their continued journey together.” source

Nikki and Paul married in October, 2011.

Actress and Screenwriter Nikki Reed is the daughter of a hairdresser and beautician, Cheryl Houston and the set designer, Seth Reed.

She has an older brother.

Reed’s parents divorced when she was two and she lived with her mother.

She attended Alexander Hamilton High School, but dropped out and was home-schooled.