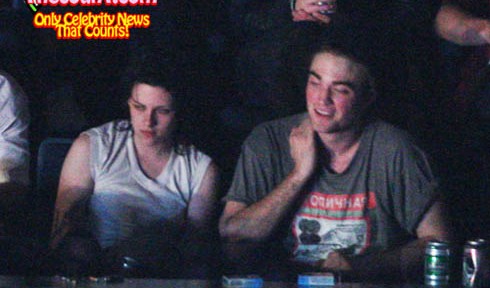 Twilight’s Kristen Stewart and Robert Pattinson were seen KISSING at the Kings Of Leon concert! Now the cameraman blew it as far as actually catching the moment, however eyewitness reports confirm the lip-lock happened.  No matter what,  I would have to say out of all the pictures I’ve seen of these two, these certainly prove some lovey-dovey interaction!