Danny Nickerson, the 5-year-old battling cancer who asked for birthday cards, received over 15,000 cards and packages – and they keep a comin..

The Massachusetts boy was diagnosed with an inoperable brain tumor known as diffuse intrinsic pontine glioma in October, one of the most chemotherapy-resistant cancers. Danny has since stopped going to kindergarten. 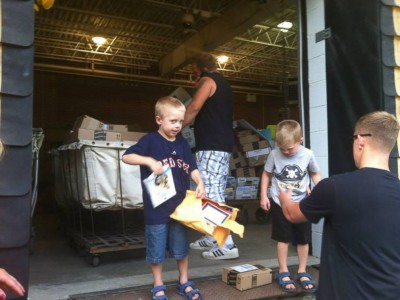 All this little boy wanted for his upcoming birthday were lots of cards with his name on them, Danny’s mother, Carley Nickerson, told ABC News last Friday

His wish has been heard and granted.

Since the story broke, the family’s P.O. Box has been flooded with cards and packages from strangers across the country and even outside the United States.

Carley Nickerson says she has received messages from as far as Switzerland, Germany, Australia, Austria, California, Alaska, Norway and Sweden, asking her how to send Danny a card or sending him prayers. source

Let’s hope it doesn’t turn out to be a scam!