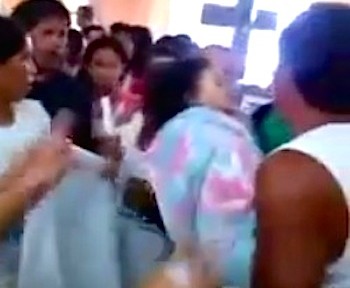 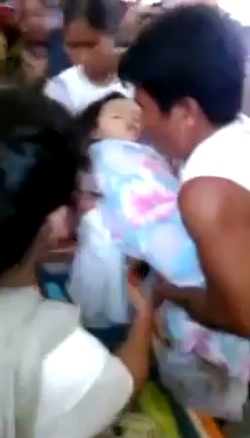 [Police inspector Heidi] Teelan said while they were not the proper authority to confirm the medical case, but based on the accounts of the child’s parents, the 3-year old girl experienced severe fever for days and was brought to the clinic in the town for medical attention last Friday.

“During that time, the attending clinic personnel and physician confirmed that the young patient had no more pulse and was clinically dead last Saturday morning about 9 a.m.,” Teelan said. While arranging the coffin, an attendee noticed the young girl’s head moving. Then, someone checked her pulse and they realized she was actually alive. source

After being examined at a hospital, she was allowed to return home with her family.