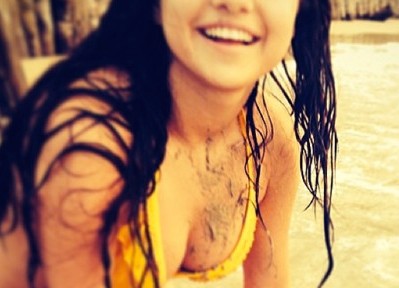 Selena Gomez appearing to suddenly have a fuller figure and plastic surgeons agree, the singer totally got plastic surgery.

Apparently three different surgeons agreed saying it looks like she went for it. 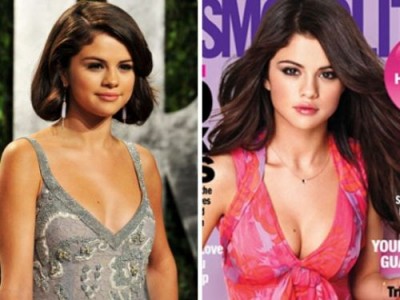 “It appears that Selena has had a breast augmentation. The breasts appear fuller and you can see the outline of the upper portion of the implant. They tend to sit high on the chest wall in the immediate postoperative period. My imprint from the picture is that she had the operation fairly recently,” Dr. Jonathan Shifren of WAVE Plastic Surgery Center in LA.

The suspicion arose when she was out and about in New York in a black tank with no bra, exposing her nipples! Plus, a source close to Selena told us recently that she was considering a boob job to compare to Justin Bieber‘s recent flings!

“Without having operated on her it is hard to tell the exact size of the implants, but it seems based upon the before and after photos provided it is probably around a 300 to 325 cc implant (a “full C” on her frame),” Dr. Jennifer Walden, a plastic surgeon based in Austin, Texas, said.

“Right breast is a dead giveaway [to a boob job],” NY based Plastic Surgeon, Dr. Steve Fallek told us. “Way too full and shapely on the top which can only happen with an implant. Also because she is not wearing a bra you can see where the nipple areola complex is in relationship to the rest of her breast.” source

If you’re wondering when Gomez may have had the time to get plastic surgery, one doctor says many patients only take three to five days to recover.