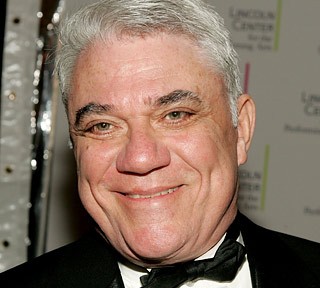 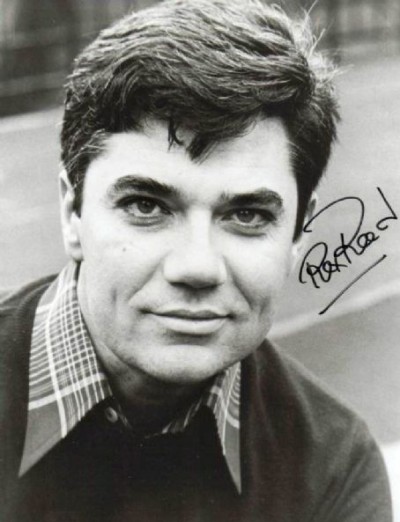 The good news is that Tammy is not a crappy remake of the 1957 Tammy movie with Debbie Reynolds that spawned three sequels and a TV comedy series. The bad news is that this one is much worse. It’s a desperate and brainless vehicle for Melissa McCarthy, which she wrote herself, with her husband, Ben Falcone, who also directed, with all the efficiency and verve of an abandoned Volkswagen on the Jersey Turnpike.

There isn’t a single shred of evidence that either of them has one iota of talent in the world of filmmaking. Tammy is not just a celebration of everything vulgar and stupid in the dumbing down of American movies. It’s a rambling, pointless and labored attempt to cash in on Ms. McCarthy’s fan base without respect for any audience with a collective IQ of 10. And it’s about as funny as a liver transplant.

With all due respect, I bow to her ability to pander to the lowest instincts of her groupies by making box office obesity profitable. So, fool that I am, I went to Tammy hoping for the best and ready to give Ms. McCarthy every benefit of the doubt. What I got was one hour and 36 minutes of farting, belching, snoring, and the kind of violence a sadist would perpetrate against someone in a wheelchair. One thing you gotta admit: however amiable and attractive she might be in real life, the star makes no attempt to beautify herself onscreen. Nothing she’s ever done before will prepare you for what she looks like here, with swollen feet, tag-sale clothes and hair that resembles a nesting place for field mice.

Working as a shuffling, nose-picking waitress for a greasy junk-food chain called Topper Jack’s and looking like she’s been wolfing down most of the grease all by herself, she gets sacked, wrecks her Toyota when she broadsides a deer, and returns home to find her cheating husband cooking dinner for a new bedmate (the over-employed Toni Collette). Tammy moves out, announces to her mother (Allison Janney) she’s leaving town, and hits the road. Susan Sarandon is hopelessly miscast as the drunken nymphomaniac grandmother with $6,700 in cash and a battered Cadillac who decides to go with her. The preposterous, generation-gap road trip that follows is no Thelma and Louise.

Along the way, they drink themselves unconscious, stuff themselves on barbecue, buy ugly souvenirs, get laid, wreck a speedboat and land in jail. To make her grandma’s bail after she plies a couple of teenagers with illegal drugs and alcohol, Tammy robs another Topper Jack’s with a paper bag over her head, and they both end up at a lesbian jamboree that sets the LGBT movement back 20 years. At one point, Grandma kicks her granddaughter out of their crummy motel room and forces Tammy to sleep on the ground while she has sex with a man she picks up in a barbecue joint and a raccoon eats Tammy’s candy bar. In the end, Tammy lands in federal lockup, Grandma leaves her AA meetings in the old folks home, and all of the characters reunite on top of Niagara Falls. Unfortunately, none of it makes one bit of sense, and any display of genuine humor is replaced by Ms. McCarthy’s trademark sitcom technique, which passes for acting. Spitting, snarling and making Halloween-mask faces, her one-dimensional performance is as exaggerated as a Punch and Judy show, with members of the groaning audience wishing they were doing the punching.

Expecting more from a Melissa McCarthy movie is an errand for fools, but Susan Sarandon is another matter entirely. This woman won an Oscar already! She’s no stranger to taking good money to make bad movies, but has she forgotten how to read a script? One wonders what they paid to lure her into this swill. Even in a ratty gray wig and sporting wrinkles applied by the makeup department, she looks younger than everyone else, but also simultaneously miserable.

So does everyone else in the criminally wasted cast, including Mark Duplass, Kathy Bates, Gary Cole, Sandra Oh and Dan Aykroyd. Who can blame them? The screenplay is sub-mental. In interviews, Ms. McCarthy and her husband admit it was written in moving cars, on napkins and toilet paper. I believe it. The characters seem hateful and retarded, but maybe they’re just dumb as tree stumps. “What have you ever done that’s important?” Tammy blurts out in a moment of pique. Grandma: “I watched Neil Armstrong walk on the moon.” Tammy: “On his bike?” Grandma: “That was Lance Armstrong.” Tammy insists she doesn’t know anything about his brother. Oh, boy. These are the jokes, and even a pro like Ms Sarandon sinks when she tries to make them work.

The purpose of every Melissa McCarthy movie is the same: Take the most repulsive loser you can conjure up and make her sympathetic and lovable, proving you can find beauty in anything if you look hard enough. This one fails to even do that. Instead of following any kind of linear narrative, the script limps from one phony vignette to the next, linked only by a different road sign. Without structure, trajectory or logic, the result becomes tragically boring. In the chaos, I applaud the star—not for any discernible talent, but for sheer stamina. Her entire performance—if you can call it that—consists of being slapped, slugged, dumped in various lakes and rivers, and bounced off walls and pavements like a big rubber Shmoo doll. She isn’t smart, imaginative or creative enough to be a real female clown, like Lucille Ball. Nothing that resembles a fresh approach to slapstick farce ever engages the mind or the eye. Instead she recycles every fatso cliché from John Candy to Totie Fields, which only turns the viewer cynical. This movie is so bad it almost makes me take back everything I said about Identity Thief and The Heat. source

It would be a nice surprise to someday find this woman in something with enough substance to prove if she can act. But, to paraphrase one of Bette Davis’ famous lines, why wish for the moon when we have the cheese?