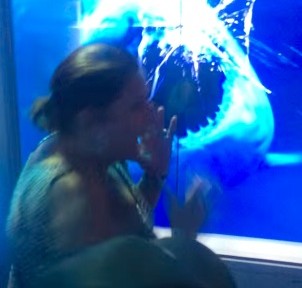 A panicked grandmother was floored after falling hook-line-and-sinker for a digital shark attack at a virtual aquarium in Washington, D.C.

The is not your garden variety shark attack prank, this is some real digital brilliance. 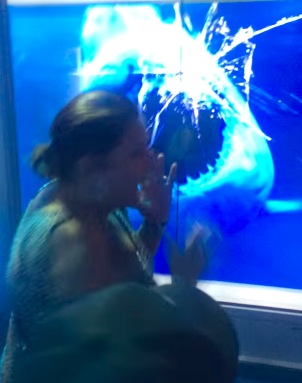 A video posted to YouTube and filmed by the woman’s daughter shows grandma repeatedly being told to touch the aquarium. Seconds later, the digital Great White appears to smash into the screen, causing her to fall backwards.

The “attack” was at the “Earth Redesigned” area of the “Exquisitely Evil: 50 Years of Bond Villains” exhibit at the International Spy Museum.