Katheryn Deprill, a then newborn known as the “Burger King baby” for being abandoned in a Burger King restroom in Allentown, Pennsylvania, 27 years ago, reached out on Facebook to locate her birth mother. And it worked.. 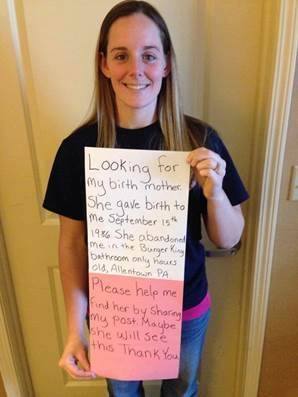 “I want her to know that I am not mad at her for what she did, however I have so many questions to ask her and also to start a relationship with my biological mother.”

“Please help me find her by sharing my post,” she added. “Maybe she will see this.”

And soon after, the mother did see it, and the two women met. 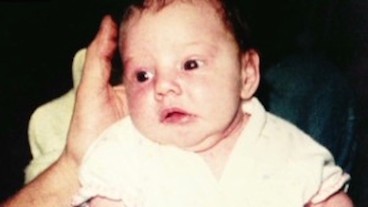 “They immediately hugged,” said Jim Waldron, an attorney who arranged the meeting at the request of Deprill’s birth mother told”It was exciting, emotional, dramatic.” source

‘She had no other means’

Turns out Deprill’s birth mother had been raped while traveling in another country and became pregnant. She was able to keep the pregnancy a secret from her parents, but knew she couldn’t take care of the baby.

Deprill told the affiliate that her birth mother wants to be involved her life, and she hopes they’ll meet again soon.