That’s why Lindsay Lohan’s hair is so big! It was full of secrets! The came clean with “Jimmy Fallon” Thursday night telling him that a “Mean Girls” reunion sequel is in the works! TMZ is confirming. 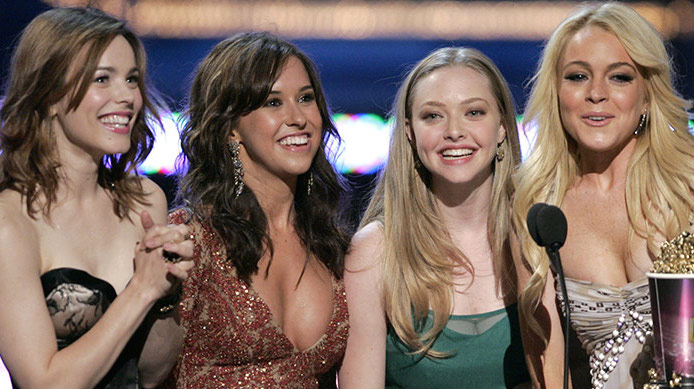 2014 is the 10th anniversary of the film’s release and sources say co-writer Tina Fey has been leading the charge for a reunion to commemorate the occasion … wrangling the entire cast over the last month.

And Lindsay was apparently the last to know about it — she went on “Fallon” Thursday talking about how she had just run into Tina who mentioned the reunion idea to her … and Lindsay was into it.

It’s unclear how the reunion will come together — Jimmy suggested hosting it on his show — but we’re told it could also materialize as a comedy sketch … maybe on an awards show.