A man lauded as “Japan’s Beethoven” for the past 20 years has now apologized Friday after being exposed as a fake. Dude can hammer the ivories, the problem is, he can’t write a tune to save his life. And that bit about his being deaf? Also a ruse. 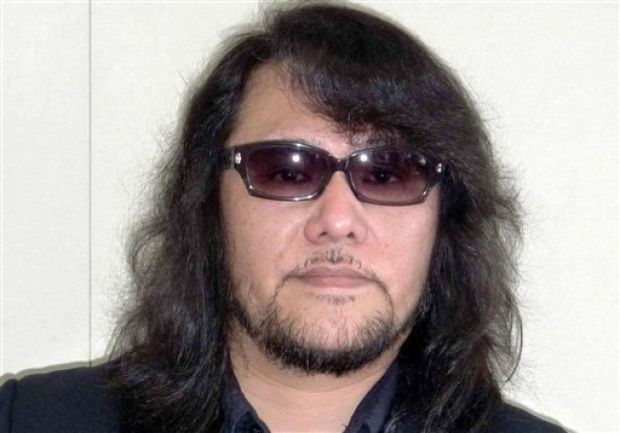 Mamoru Samuragochi appeared clean-shaven and minus his trademark sunglasses and long hair, in what could be seen as a sign of remorse. He apologized for the troubles he had caused his fans, producers behind his works and others.

“I will speak the truth,” he told reporters, looking contrite in a dark jacket. “I will make this my last appearance on TV.”

He acknowledged he had worked with his collaborator Takashi Niigaki in secret for 18 years. Niigaki recently told a tabloid magazine he was the ghostwriter behind the works, including the “Hiroshima” symphony. source

Olympian figure-skater Daisuke Takahashi used a Samuragochi tune at the Sochi games. The disclosure that Samuragochi might have been an impostor has been major news in Japan after he had been featured in mainstream Japanese TV shows. CD sales of music credited to him has surged since the scandal erupted.

Samuragochi, 50, said his hearing had been recovering from about three years ago, but denied he was posturing as deaf, and said he still had hearing problems. Yeah, and now with this news, a few more problems..