We hope Fox News’ Megyn Kelly was watching the WWE as they attempted to resolve the whole “Santa was white” controversy with a wrestling match.

It was black Santa Vs white Santa in what was touted as a “Christmas brawl.” 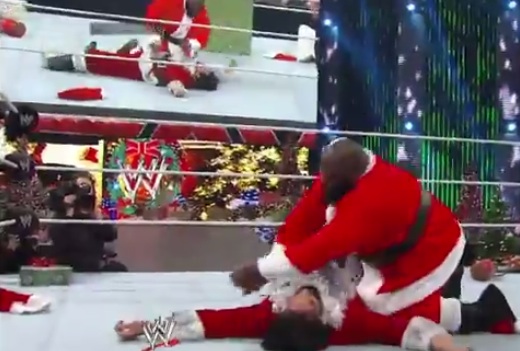 “Bad Santa’s trying to ruin Christmas for the entire world,” the announcers said as the white villain pulled the star off the top of the tree to use as a weapon. They warned that “Christmas could be canceled” if the bad white Santa prevailed.

But in the end a massive good black Santa body slam settled the question and helped “save Christmas” once and for all. But did good Santa save Megyn Kelly?