Fox News’ Megyn Kelly took on Anthony Weiner for another round in the saga.. 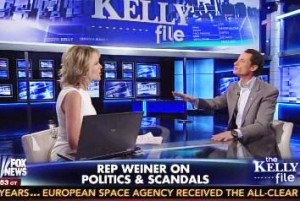 In round two of their big interview, Megyn Kelly took a little walk down memory lane with Anthony Weiner, reminding him of all the times they fought on the air, and given the scandal that cast him into political purgatory, Kelly wanted to know how he could go on the air and just “be so cocky.” She showed off clip after clip of Weiner losing his cool when he faced off with Kelly mere months before his sexting scandal went public.