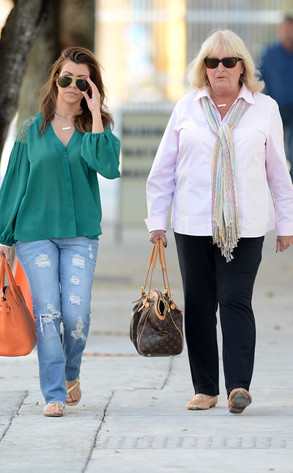 She and husband Jeff lived on Long Island, N.Y., where Scott, an only child, was raised.

TRENDING: The Most Powerful Typhoon EVER Is About To Hit The Philippines
CLICK PHOTOS TO SEE MORE
POST NOWTWEET NOW

Scott and Kourtney Kardashian have been in New York since last week.

Bonnie and Jeff Disick were featured on a 2011 episode of Kourtney & Kim Take New York when Kourtney took little Mason to visit his paternal grandparents in the Hamptons, with sister Khloé Kardashian Odom along for the ride.

Kourtney and Scott have been together since 2006. They welcomed Mason in 2009 and daughter Penelope last year.

The 30-year-old entrepreneur has not yet commented on his mom’s death.

He and Kourtney, who have been spotted walking hand in hand together in NYC this week, were both absent for Kris Jenner‘s family birthday celebration on Tuesday night.

Our thought and prayers go out to the Disick friends and family.