Dustin Woods, a key grip on the AMC’s “Mad Men”, tweeted that the series was filming in American Airlines’ Terminal 4 at LAX, one terminal away from where shots were fired at approximately 9:20 a.m. PT, Variety reports. 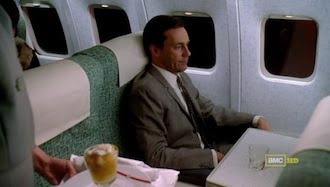 “Mad Men” was in the process of filming an episode at Los Angeles International Airport Friday morning when a deadly shooting incident occurred at the travel hub, according to tweets from a production staffer.

The location of the cast members and film crew in relation to the shooting was not immediately known.

It was the first day back shooting for the popular production.