Lana Del Rey was asked to play her song “Young and Beautiful” by Kanye West for his huge surprise engagement to Kim Kardashian and the singer smartly refused! 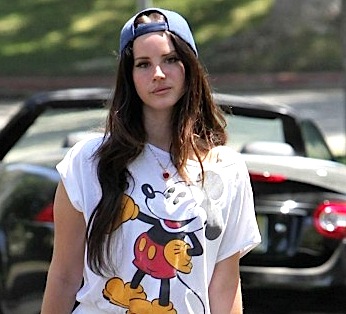 West popped the question on October 21 and he wanted the world’s best song, sung by the actual artist, but even in the rapper’s perfect world, that was not to be..

Radar Online, no reason was given for the singer’s refusal. Although West tried his best to get her to help out with his proposal, she simply refused to comply with his wishes.

“Lana politely declined, and didn’t give any reason for not being able to perform. It was a very firm no from Lana and her camp. Kanye did try to push it, but didn’t get anywhere. Kanye decided to hire an orchestra to perform the song for Kim, and he was much happier with how it turned out,” the anonymous insider dished.

Lana Del Rey has yet to comment on the situation as of this writing. Considering it’s been almost two weeks since the proposal, chances are the singer might keep her lips locked on this particular matter.

However, you probably shouldn’t spend too much time worrying about West’s feelings on the matter. After all, Kim Kardashian said yes to his marriage proposal. Despite Lana Del Rey’s refusal to perform, everything turned out a-okay.

The rapper still played the song in question, though he was  forced to use a 50-piece orchestra in luo of the missing Del Rey.