Letters located on Rebekah Brooks’s computer revealed that she was in a sexual relationship with Andy Coulson between 1998 and 2004 or longer! 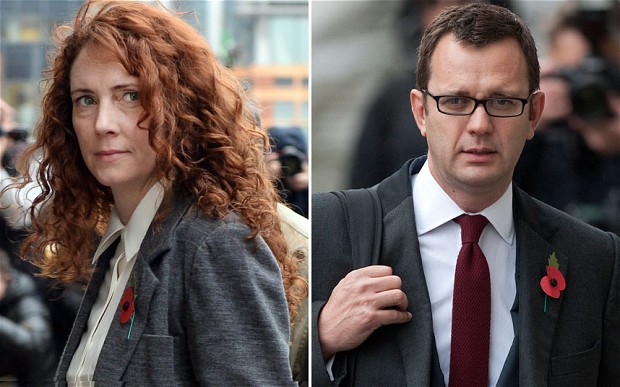 “It was written undoubtedly for Mr Coulson. Whether it was ever sent or received by him we don’t know as the evidence is the document on the computer, which doesn’t tell you what happened to the document.
“Now the point that I am going to make in relation to that letter is that throughout the relevant period, what Mr Coulson knew, Mrs Brooks knew too. And what Mrs Brooks knew, Mr Coulson knew too.
“That’s the point. Because it is clear from that letter that as at February 2004 they had been having an affair which had lasted at least six years. So that takes us right back to 1998, which is the whole of the conspiracy period.
“Let me be clear about why I am telling you this, it isn’t to intrude into their privacy – it has that effect of course.
“It is of no real significance to this prosecution how people choose to behave, this isn’t in any way a moral judgment.
“Mrs Brooks and Mr Coulson are charged with conspiracy, and when people are charged with conspiracy the first question the jury have to answer is, how well did they know each other? How much did they trust each other?”

The letter was found in Word document form on a computer in a cupboard at Mrs Brooks’s London home, the jury heard. Source.