Matt Lauer To Kathie Lee Gifford ‘Please Don’t Do That!’

Matt Lauer, the embattled Today show host, had to put the skids on Kathie Lee Gifford‘s attempt to help him save face by placing a full-page ad in the newspaper in his defense! 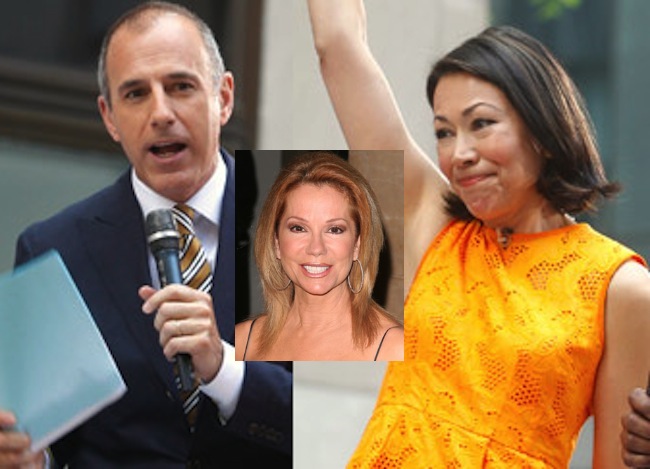 Gifford ‘almost’ took out a full-page newspaper ad defending Lauer that is until he got wind of the embarrassing proposition.

Though Matt’s popularity is plunging, with a series of horrible segments. And the there is Ann Curry.

Naturally, Lauer has his defenders at NBC News — chief among them Kathie Lee Gifford, who told the News she’d rounded up hundreds of signatures from “Today” staffers (including Savannah Guthrie, Al Roker, Willie Geist and Hoda Kotb) for an ad that she planned to buy.

Lauer appeared to sense that being the subject of a pity ad from his work friends would perhaps not be the best thing for his image. So he had Gifford call it off. But she still released the full text of the ad anyway:

“We the people of the ‘Today’ show who work side by side, day by day, year in and year out with Matt Lauer are tired of unfounded and unrelenting stories by faceless characters regarding his character and reputation. No one has coerced us to sign this. With our signatures we stand in support of our colleague and friend.”