POST NOWTWEET NOW
Leave it to Amanda Bynes to do the saddest and the funniest thing I have heard all day.. The actress was reportedly visiting the gym in NYC when suddenly she absolutely FER-REEKED out, sobbing uncontrollably after performing a cartwheel and losing her wig in the process. 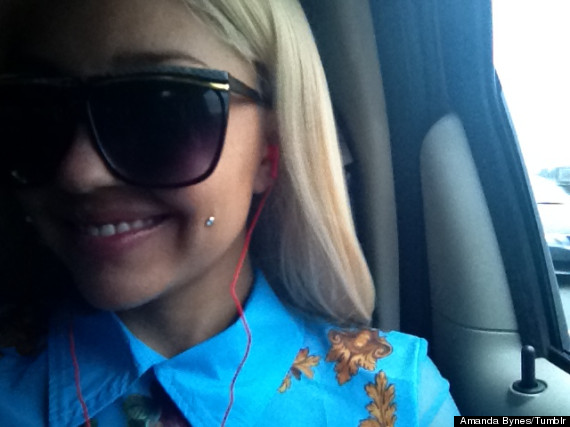 She was so inconsolable that gym staffers had to have her removed from the facility.

Dressed in fishnet stockings described a cheap lingerie, Bynes was witnessed mumbling while childishly walking all of the line on the health club’s floor mats, shortly before her outburst.

Just a half an hour earlier, she tweeted “I’m suing certain blogs and magazines saying I have a mental illness! They take pictures anytime I’ve gained weight then write a fake story.”

Bynes apparently broke down crying after she did a cartwheel and her wig fell off. This after wandering around the mats, mumbling to herself. All while wearing fishnets and what The Post described as some kind of lingerie.

It was a just a few days ago Bynes Tweeted, “I have an eating disorder so I have a hard time staying thin,” a comment FoxNews called an “extreme concern over press coverage surrounding her body, in a piece titled, “Can anyone help Amanda Bynes?” Okay so does this mean someone at Fox is reaching out to Bynes? Or are they just on the bandwagon to profit from her downward spiral? Bitch if you come over to my crib I will host you while you detox! I’m serious! Hit me up. count@thecount.com