Game of Thrones Actor Gets His Ear Bitten Off!

Okay so we recently had a story about Jared Leto receiving a severed ear from one of his fans. Clive Mantle, who plays Great Jon Umber in Game of Thrones, gets his ear bitten off in NewCastle, England. 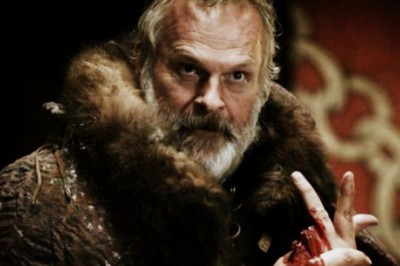 So the story goes he was staying at a Travelodge and it was super late and he asked the people next to him to keep it down and instead he got his ear bitten off. WOW! Mantle’s agent described it like this to the UK Mirror:

“On the first occasion, he’d said ‘can you keep the noise down please?’ He was very polite. It was 4.30 in the morning and he was very tired. He returned to bed but when he went back outside there were two drunken Scotsmen. He said to them ‘If you don’t keep the noise down I am going to call security’ That’s when they set about him. Even though he is a big guy they got him on the ground.

One of them bit the top part of his right ear off. It was savage.”

Holy Sh*t! That is so not cool! The two 32-year-old have been arrested. One has been released and the other was released on bail. On a side note Game of Thrones will air on March 31st. WOOT!!