Misty VanHorn a 22-year-old mother of two tried to sell her babies for a whopping $5,000, so she could get bail money for her boyfriend in jail! 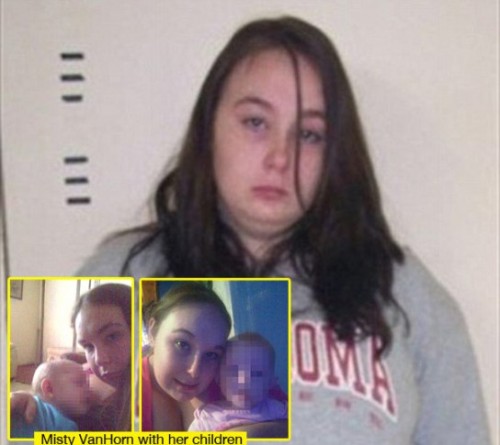 VanHorn went around her town, door-to-door asking for money to get her boyfriend out. That wasn’t too successful, so she took to social media to attempt to sell her children. She asked for $1,000 for her two-year-old and $4,000 for her four-year-old. She was arrested by police for trafficking children in Sallisaw, Oklahoma. And now police have a $40,000 bail set on her. What an idiot!