Can You Tell Me How To Get, How To Get To Sesame Street?

The Count is about to count his way to a milestone.

Sesame Street is about 22 million views away from becoming the first nonprofit organization and the first U.S. children’s company to reach one billion views on YouTube, Geekosystem reported. At press time, the channel’s videos have 978,247,378 total views. 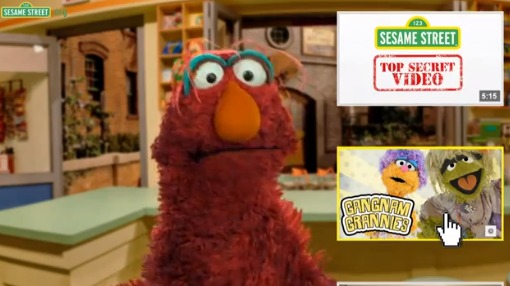 Telly Monster has released a video clip imploring viewers to help reach one billion views. Once they reach their allotted amount they will release a “top secret video”. Let’s all do our part and help Sesame Street reach their goal! I know I’ve watched countless hours of Sesame Street as a child, and I’m totally curious about their “top secret video”. Aren’t you? Spread the word! Thecount.com can only support a totally non-coincidentally, well-named Sesame Street character.  It would be awesome to hear the Count say, “One billion views! Ah ah-ha”. Source