NBC News revealed an explosive Gov. white paper on the president’s drone deployment policy, seemingly scooped from a confidential government filing cabinet or in this case, a computer… What NBC did not detail was exactly how they came up with these documents, here’s one very plausible theory… Anonymous‘ promise to avenge the death of AaronSwartz… And from the looks of things, this is just the beginning… 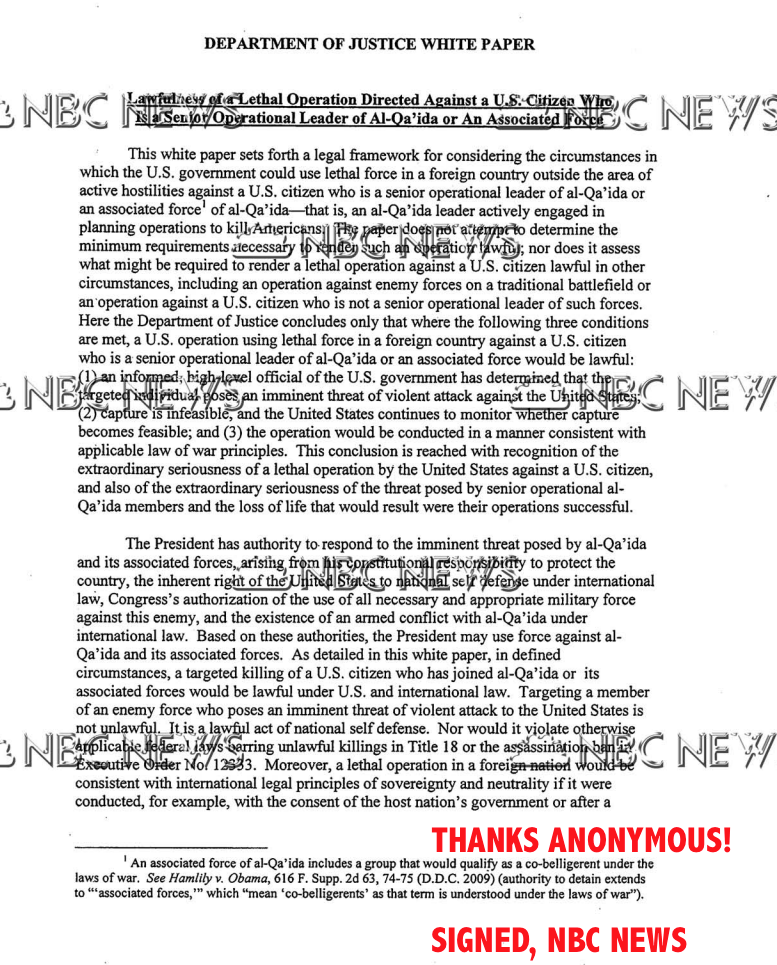 In retaliation for the suicide of the Reddit co-founder, hackers “Anonymous” promised to release some stunningly classified U.S. documents but only to qualified news outlets meeting their strict requirements. It looks like NBC met those requirements first…

In case you missed it here’s Anonymous’ salvo:

Warhead – U S – D O J – L E A – 2013 . A E E 256 is primed and armed. It has been quietly distributed to numerous mirrors over the last few days and is available for download from this website now. We encourage all Anonymous to syndicate this file as widely as possible.

The contents are various and we won’t ruin the speculation by revealing them. Suffice it to say, everyone has secrets, and some things are not meant to be public. At a regular interval commencing today, we will choose one media outlet and supply them with heavily redacted partial contents of the file. Any media outlets wishing to be eligible for this program must include within their reporting a means of secure communications.