Home Intruder Flees After Would Be Victims Chant ‘Jesus’

15 Florida women were attending a jewelry party at the home of Jacquie Hagler when a man entered unannounced, wearing a ski cap, a bandanna across his face and brandishing a firearm. 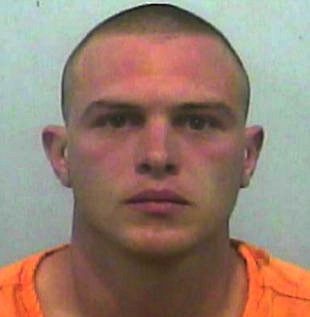 At first, confused party guests thought the intruder was part of a prank, but that’s when the suspect, Derick Lee, held the gun to one of the partygoers’ head and announced, “I’m not joking, I’m going to shoot someone, give me your money.” He then showed the frightened women that his gun was loaded with real bullets.

“When I realized what was going on, I stood up and said, ‘In the name of Jesus, get out of my house now,’” Hagler told WJXT-TV. “And he said, ‘I’m going to shoot someone.’ And I said it again, real boldly,” Hagler continued. “Everybody started chanting, ‘Jesus, Jesus, Jesus,’ and he did a quick scan of the room and ran out the door as fast as he could go.”

“I believe he saw angels,” Hagler said in an interview with the Christian Post. “He saw who was on our side, and he just turned around. The look on his face was just, like, astonishment. He was totally captivated by whatever he saw. He just turned around and ran out the door.”