Everyone’s new favorite foreign artist, South Korean, PSY and his song “Gangnam Style,” may be the most watched clip in YouTube history but this eccentrics singer’s “likability” may have just hit an all-time low, at least here in the states.

A newly discovered PSY song talks about the singer’s desire to murder American soldiers and their families. 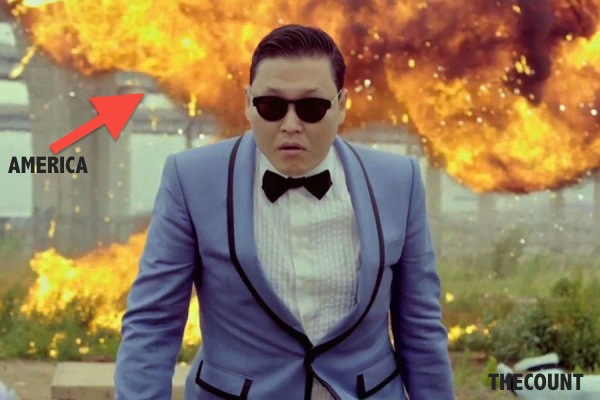 Sometime after the U.S. presence in Iraq, PSY, rapped the following verses in a song called “Dear American” by the band N.E.X.T.:

Now to make the controversy even worse, PSY is scheduled to perform on Sunday at the National Building Museum’s Christmas in Washington concert, with President Barack Obama in attendance….