PHOTOS: COCO Cheating On ICE T With This Man?

Popular urban blog mediatakeout.com is claiming Ice T‘s wife Coco Austin is getting a little TOO friendly with another man who goes by the name, AP.9. 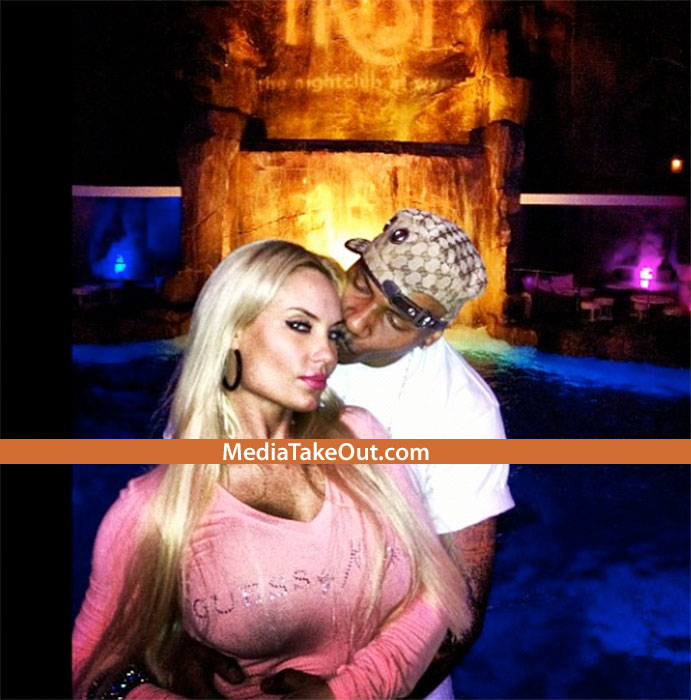 December 07, 2012: Rapper Ice T may have just LOST HIS PRIZE POSESSION . . . his wife. MediaTakeOut.com managed to get their hands on SUGGESTIVE PICS of his wife CoCo and another man – Oakland rapper/mogul AP.9 (from the group Mob Figaz). 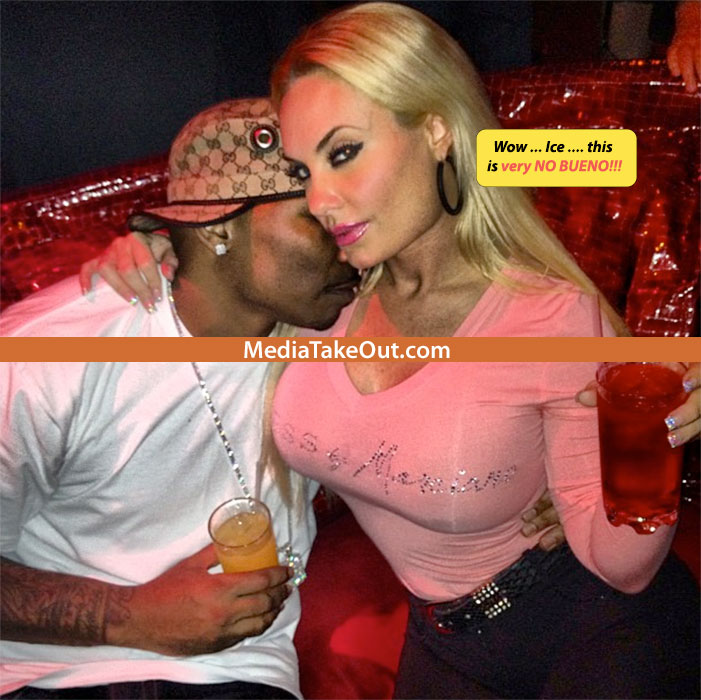 We had been getting word FOR MONTHS that CoCo and AP.9 had an . . . INTERESTINGLY CLOSE relationship. But we weren’t prepared to put them ON FULL BLAST until we had PHOTOGRAPHIC EVIENCE. 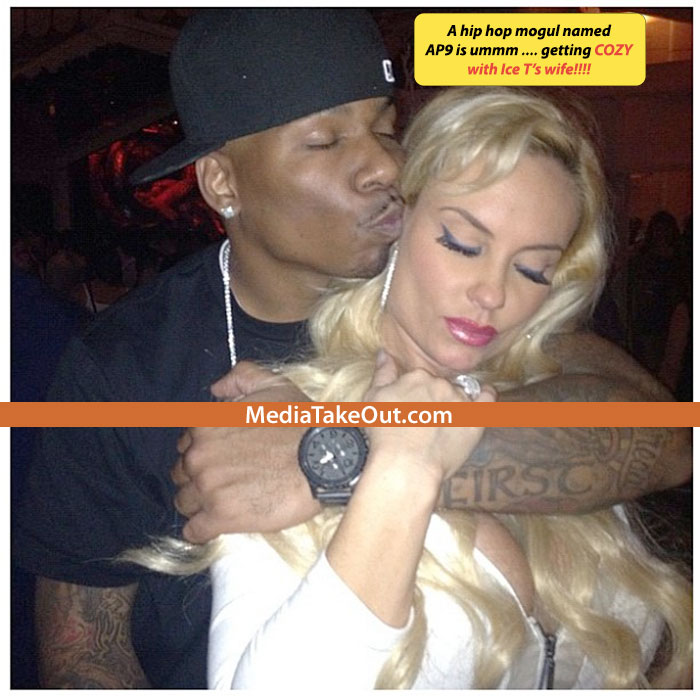 And while these pics don’t say FOR CERTAIN that something is POPPIN OFF between these two .. . it makes you wonder why she would take SO MANY kissing pics with dude . . . on so many DIFFERENT occasions.