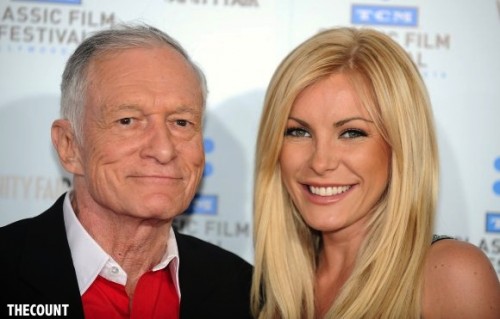 Playboy founder Hugh Hefner and Playmate Crystal are engaged, Hefner announced over the weekend via Twitter. In this picture, Hefner and Harris attend the world premiere of the restored “A Star is born” during the opening Night Gala of the 2010 TCM Classic Film Festival in Hollywood on April 22, 2010.(Gabriel Bouys/AFP/Getty Images)