A woman observed two men fighting and flagged down a police officer, who then came upon the naked man literally eating the other man’s face.

Witnesses stated the officer ordered the man to stand down, and when he refused, the officer shot him, but even after being shot the man, seemingly unfazed, came at officers again. 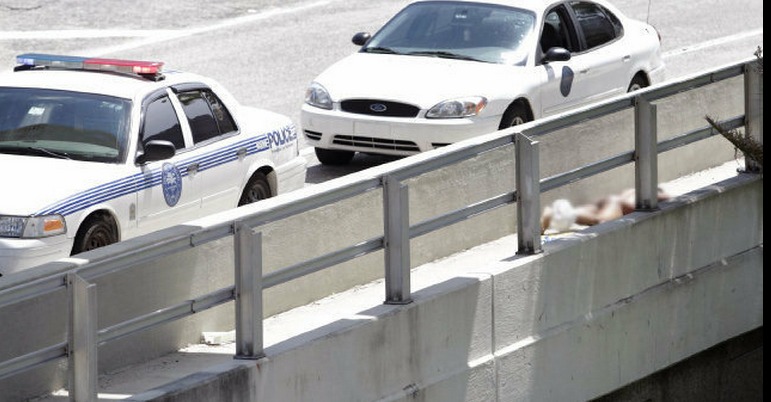 Witness accounts say the naked man continued to resist even after being shot, akin to a zombie, and then the officers really unloaded, killing the man dead.

Miami police have not confirmed the details of what happened next, but sources close to the investigation told CBS4 News that officers found one man gnawing on the face of another, in what one police source called the most gruesome thing he’d ever seen.

He was transported to Jackson Memorial Hospital Ryder Trauma Center where he was pronounced dead.