Poor Phillip Phillips Fighting for His Life AND Fighting to Win A.I.

American Idol top contestant Phillip Phillips, who is in the final 2, suffers from severe kidney problems, and he’s pushed a much needed surgery away all to stay in the fight to be the American Idol winner. 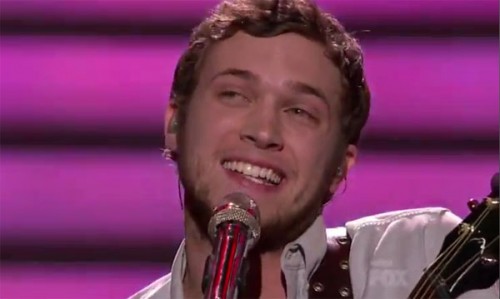 At the beginning of the competition, his kidney problem was so bad, he had a stent put in as a temporary fix until he could have surgery.

Phillips has had to even miss some of the productions that are shot for the show, like the Ford commercials.

Apparently, when he went home for his hometown parade, he checked in with his Doctor for a check-up. The Doctor told Phillips he needed surgery right away!

Phillip refused to do the surgery, knowing the recovery time would be around 6 weeks! He is said to be getting the surgery immediately after the show ends to save him.

WOW! We can’t believe he’s hanging in there so well. We wish him luck!