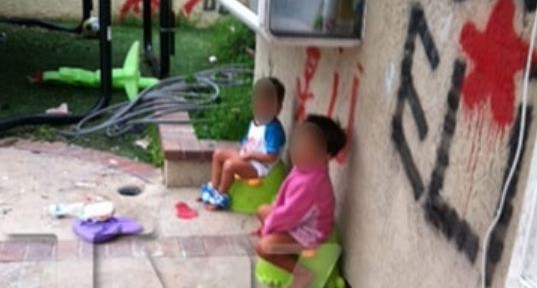 Nadya Suleman, a.k.a. ‘Octo-Mom’, has had some disturbing images surface of her house and children this week, revealing that she and her children live in squalor. 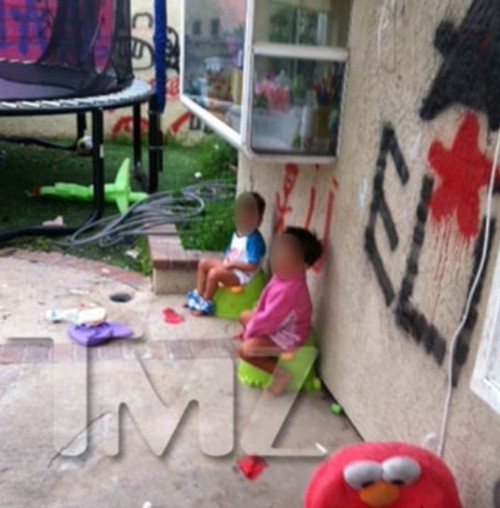 Like an episode of ‘Hoarders’, you can see in the photos, that Octo-Mom’s house has stacks of dirty clothes in what appears to be her bedroom. There is writing on the walls inside of the house, and even outside on the fence that surrounds her backyard. Scribbles of crayons and spray-paint everywhere, give the house a sketchy vibe, especially the door that has the words “Do Not Enter” spray-painted on it. 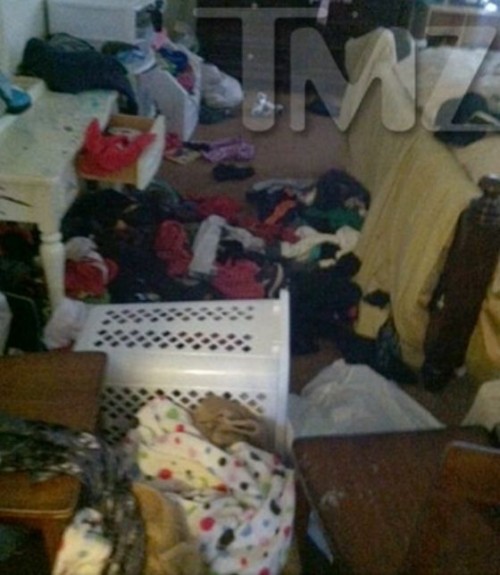 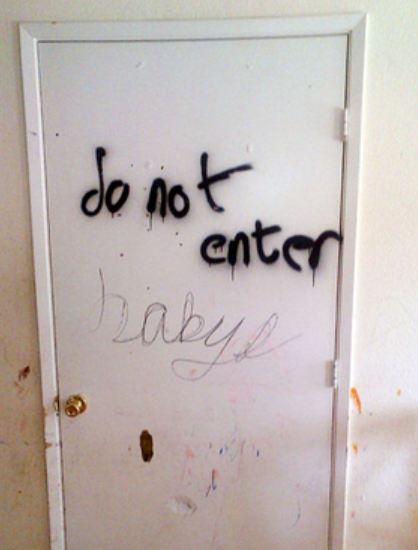 Octo-mom’s hairstylist, Stephanie, who would go to Octo-Mom’s house for a hair housecalls, took these pictures of her client’s house while on the job, and that’s not all. Stephanie who became friends with Octo-Mom after styling Octo-Mom’s hair for a couple years, sold the house photos behind Octo-mom’s back to a press outlet (the pics were then bought from media sites like TMZ and Radaronline)! It doesn’t end there either…

Stephanie called the cops and ‘Child Services’ on Octo-Mom after she made the money off the house pictures. A TMZ cameraman caught up with Stephanie a few days prior her being caught for selling out her client’s home for cash, and Stephanie acts like she’s simply ‘concerned’ that Octo-Mom was living in squalor- which is ‘why she called the cops on Octo-Mom’… but Stephanie did not mention that she sold the photos and story to the press for money. NOW we know that she did this all for money! 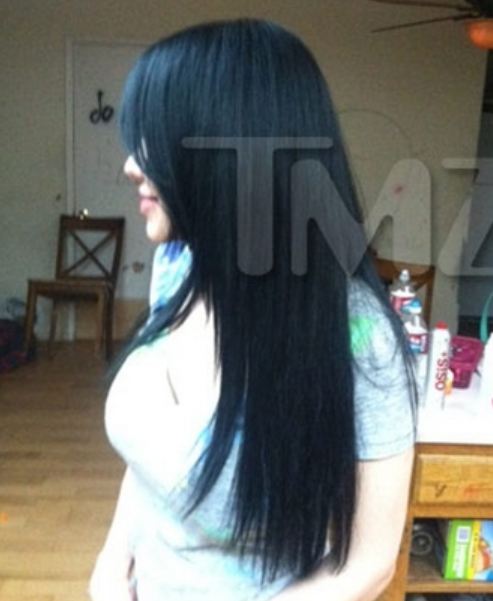 Although it does appear that Octo-Mom does have some issues, trying to juggle that many kids alone, and keeping her house clean, it was still betrayal by her hair stylist, to go in Octo-Mom’s house and take photos, then sell them for loads of money. Let’s hope Stephanie never works again!