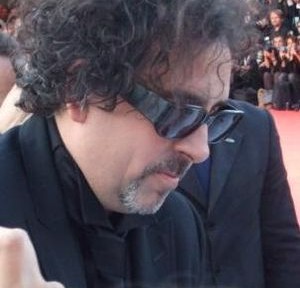 POST NOWTWEET NOW
Tim Burton visited Toronto Canada’s “TIFF Bell Lightbox” to unveil a new MoMA (Museum of Modern Art) exhibit created for him called “Tim Burton”. He took pictures and signed copies of the following three books: The Art of Tim Burton; Burton on Burton; and Tim Burton – Masters of Cinema Series, in addition to Tim Burton Dark Horse journals. The event was reported to have been the third-highest attendance of any exhibition in the museum’s history. He is now in the rarefied company of Picasso… and Matisse.

The Tim Burton exhibit is displaying his art, movies and the exhibit is holding Burton themed workshops and events. The exhibit is open to the public November 26, 2010.