Being An Older Father Has Negative Effects On Children 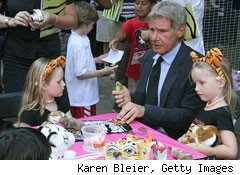 Compared to our parents’ generation, men and women nowadays are getting married and having kids at a later age. But are there consequences to having a child later in life?

Only if you’re a dude, according to a   new study which says infants who have older fathers do not perform as well on cognitive tests which measure the ability to think and reason. Children of older mothers, however, gain higher scores in the same tests. In addition, the study found a link between older fathers and birth deformities, cancer and certain neuropsychiatric conditions in their children.

So ladies, get yourself a younger man to have babies with!!! Finally a reason for us ladies!!!

Also a reason to tell those men not to wait until their balls are dried up.