Actress Alyssa Milano was finally granted a restraining order on her stalker. 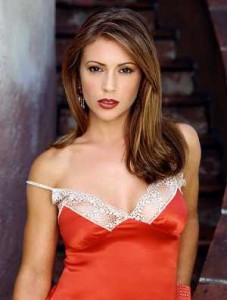 Associated Press reports Milano said the stalker has repeatedly tried to contact her and has showed up at her home unannounced. The stalker man, by the name of Jeff Turner, had hiked miles to try to meet her and repeatedly called to get access to an event where she was appearing. Granted by a judge in Ventura County California, Milano got three-year restraining order on stalker man Jeff Turner, who lives in Northern California.

Maybe if she would have signed some autographs and took some photos with the guy; maybe he would have left her alone.