MOUNTAIN HOME, AR. (THECOUNT) — Lucas Todd has been identified as the pedestrian struck and killed in an accident Thursday morning in southwestern Mountain Home.

Todd, 17, was on-foot in the area of Roberts Drive when he was struck by two vehicles after 10 a.m. Thursday morning. 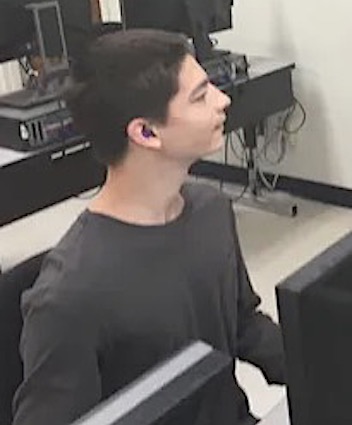 Officials said 911 was notified of a traffic accident involving a pedestrian in the area of U.S. Highway 62/412 West in the vicinity of Roberts Drive at 10:06 a.m.

The teen was about to enter his junior year of high school at Mountain Home Public Schools, reports BaxterBulletin.

Todd was a member of the Mountain Home High School Cross Country team.

The school released the following statement on the teen’s passing:

“We are intensely saddened by the news of the death of one of our beloved students, junior, Lucas Todd,” said Dr. Jake Long, Superintendent of Mountain Home Public Schools. “Lucas was such a bright light. He never let any challenge or difficulty stand in his way. Lucas consistently exceeded expectations and inspired all of us as well has his classmates. He was the true definition of a Bomber — he stood out for his good character, his perseverance, and for his kind nature.”

Geo quick facts: Mountain Home is a city in, and the county seat of, Baxter County, Arkansas, United States, in the southern Ozark Mountains near the northern state border with Missouri. As of the 2010 census, the city had a population of 12,448 – Wikipedia.

Kristopher Martinez-Roman, pictured here in a previous mugshot, has been identified as the driver in a fatal Lancaster hit-and-run that killed one J. P. McCaskey High School student while seriously injuring another. Previously, police had thought the two men identified by surveillance videos were the only people in a silver Acura MDX that struck a car on East King and Franklin Streets Thursday afternoon.

Through their investigation, police identified Martinez-Roman as the driver of the vehicle. The two other men, pictured below, were passengers in the vehicle. END_OF_DOCUMENT_TOKEN_TO_BE_REPLACED

A North Carolina high school has denied a family’s plea to recognize their dead daughter’s name at the school’s graduation ceremony. The parents of Rachel Rosoff, 17, who was fatally electrocuted in a pool last September, appealed to William G. Enloe Magnet High School to recognize their daughter but were left disappointed when the school rejected their request. END_OF_DOCUMENT_TOKEN_TO_BE_REPLACED “Dinner with papaw tonight…he made 12 burgers for all 6 grandkids and I’m the only one who showed. (crying emoji) love him,” and Twitter users went crazy. END_OF_DOCUMENT_TOKEN_TO_BE_REPLACED The board of trustees of the New Albany-Floyd County Consolidated School Corp. passed the policy 5-0 Monday night. END_OF_DOCUMENT_TOKEN_TO_BE_REPLACED

This Kentucky schoolgirl was sent home by school officials for wearing an “inappropriate” outfit to class, but can you spot the offending garment?

According to the Woodford County High School girl’s principal, she was showing a little too much collarbone, charging it was distracting to male students. Her mother then rushed to the school to provide her with a scarf that covered 95% of her chest and neck. Despite this, the teen still got sent home. END_OF_DOCUMENT_TOKEN_TO_BE_REPLACED

College basketball player, Shanice Clark, of Toronto, was found dead at about 3 a.m. Sunday at California University of Pennsylvania after inhaling her chewing gum.

Clark likely swallowed gum that went into her lungs while asleep in her dormitory over the weekend. 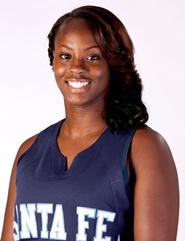 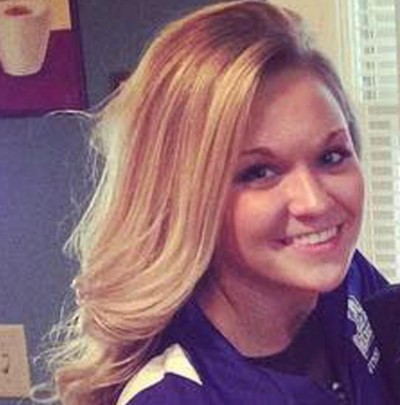 Jason Mork, the only police officer in the 859-person city, said the dumb waiter opening is about 3 feet by 3 feet, Fox 9 reported. END_OF_DOCUMENT_TOKEN_TO_BE_REPLACED

Norfolk, Virginia. A female Booker T. Washington High School official is in hot water after retweeting a photo with the caption, “every white girl’s father’s worse [sic] nightmare or not.”

The photo depicts a row of white girls, who appear to be dressed in prom gowns, accompanied by black male dates.

The tweet prompted a group of African-American students to walk out of class on Monday in protest of the school official’s tweet. END_OF_DOCUMENT_TOKEN_TO_BE_REPLACED

Two school weeks after a transgender student was penalized by her school in Rio de Janeiro high for wearing a skirt to class, male classmates decided to do the same, and donned skirts.

Transgender student Maria Muniz‘s decision to come out resulted in a fine issued by school officials, who ordered the teen to wear trousers in future. 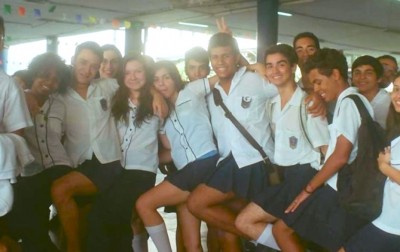 But now the teachers have been forced to reconsider after Muniz’s classmates, including some girls, supported her decision by turning up for classes in dresses. END_OF_DOCUMENT_TOKEN_TO_BE_REPLACED