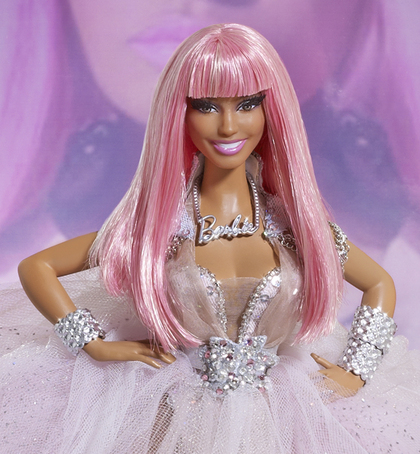 Some spoiled kid is going to cry their way to getting this doll! There’s only one! Hurry up and bid big! Bidding ends December 19, 2011!
END_OF_DOCUMENT_TOKEN_TO_BE_REPLACED

EL SEGUNDO, Calif. A helecoptor has crashed into the Raytheon Company Space and Airborne Systems building.

El Segundo, Calif., Sunday morning. The helicopter crash resulted in a three alarm fire. There are no immediate reports of any casualties on the ground.

LOS ANGELES, CALIFORNIA – Thursday October 21, 2010. Actress Halle Berry takes her daughter Nahla to the Mr. Bones pumpkin patch in Hollywood in order to get into the Halloween spirit. Halle and Nahla, who got her face painted, could be seen going down an inflatable slide as well as buying multiple pumpkins.

Emmy winner Kristin Chenoweth had a tough time during a wonderful night Sunday.  Her publicist says that Kristin, who won Best Supporting Actress in a Comedy Series for Pushing Daisies, suffered a rather serious migraine after her win.  According to her publicist, Chenoweth started feeling symptoms after her win and during media interviews.

The actress later laid down to try and subdue her pain.  She was then checked out by paramedics backstage and began to feel better, hoping to join in on the post-Emmy festivities.

I’m happy for Kristin.  She’s a great actress who seems to be finally getting her due praise, even if it’s for a show that’s been, you know, canceled.  And, like every good performer, Chenoweth is able to overcome difficulties and deliver.  If I were her, I’d probably be bawling backstage and pleading for drugs from the paramedics.  But that’s just me.

Barbie is a JEALOUS betch! 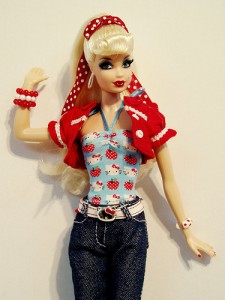 Barbie and her company ‘Mattel’ SUED and SHUT DOWN the Bratz Doll corporation.

Barbie and her betches claim that their former designer Carter Bryant, sketched out and created the zillion dollar Bratz phenomenon while still on contract and working with Mattel.

Bratz had to award Mattel $100 MILLION in damages, and only 5% of the $2 BILLION that Mattel tried to win from Bratz.

Mattel still has enough heart to let Bratz Dolls stay on the shelves for Christmas.

Maybe Mattel needed the money for wasting it on the Lindsay Lohan Doll!!!