Will Britney even get to keep ANY of her hard earned ‘Circus Tour’ money to herself!!!???

Britney’s conservatorship with her father Jamie Spears has been ‘extended 6 more months or even up to one more year’ say lawyers involved in the case.

Is this the high price you have to pay for being one of the most famous people around the world?

Love you Britney. Hang in there! Don’t let this get you down! You’ll be free again soon! XOXO

Britney’s ex-husband and backup dancer Kevin Federline, has been offered a lot of money to lose weight! 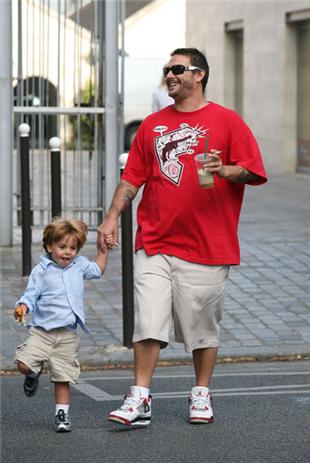 A company called EP-2, which stands for Extreme Physical Performance, has offered well-fed K-Fed $2.5 million to become the new face of their product.

The company has created a fat-burning supplement that’s been designed to help you make progressiveadvancements to your physique. EP-2 supplement is set to hit over 1400 GNC stores.

A spokesperson for EP-2 tells Radar, “Yes, we’re trying to do a deal with him, but nothing has been confirmed yet.”

Here is Britney arriving at her hotel in London after a performance at the 02 Arena.

Are these the boots that Britney repetitively wore during her crazy days? I know if you’re a big Brit fan, you remember these! She wore them when she used to hang out with Sam Lutfi and pap Adnan Ghalib.

I did some research to see if these are the crazy boots back from the dead.

They are really close, but the new boots have string ties on them!

So, no, the new boots are not the same crazy days boots.

BRITNEY SPEARS has realised her marriage to KEVIN FEDERLINE was a mistake – because she tied the knot for all the “wrong reasons”. The pop superstar stunned fans when she announced her engagement to backing dancer Federline in 2004 after just three months together. They wed two months later in a surprise ceremony in California, officially becoming man and wife in October (04).

Spears filed for a divorce from Federline in 2006, citing irreconcilable differences as the reason behind the split. The divorce was finalised in July last year (08). And the singer, who gushed about her love for Federline in their 2005 MTV reality show Britney & Kevin: Chaotic, has confessed she didn’t know what she was letting herself in for when she walked down the aisle with her former beau. In a candid new documentary, Britney: For The Record, the singer says, “I think I married for the wrong reasons. “Instead of following my heart and doing what made me really happy, I just did it for the sake of the idea of everything.”

Federline was granted sole custody of the former couple’s sons Sean Preston, three, and two-year-old Jayden James after Spears had a series of public meltdowns, including a headline-grabbing incident when she shaved off her hair.

popsugar.com is showing off Britney’s dance moves and her abs! 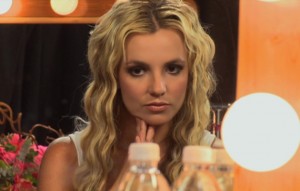 Next week on Nov. 30 @ 10pm, you can watch Britney’s new documentary where she tells the world that there is no excitement or passion in her life. She also mentions that her life is like a being in jail… with no bail out! Brit lastly said she feels like people aren’t really “listening” to her.
Maybe ya’ll can really listen to her if you pick up her NEW album “Circus” in a store on Dec. 2
Check out the full Britney Documentary on MTV Nov. 30 @ 10PM
We’re Excited!